The RadhaVallabh Sampradaya is one of the most peerless and prominent Vaishnav Sampradaya, initiated by Anant Shri Vibhushit, Vanshi Avtar, Prem  Swaroop Shri Hit Harivansh Mahaprabhu. 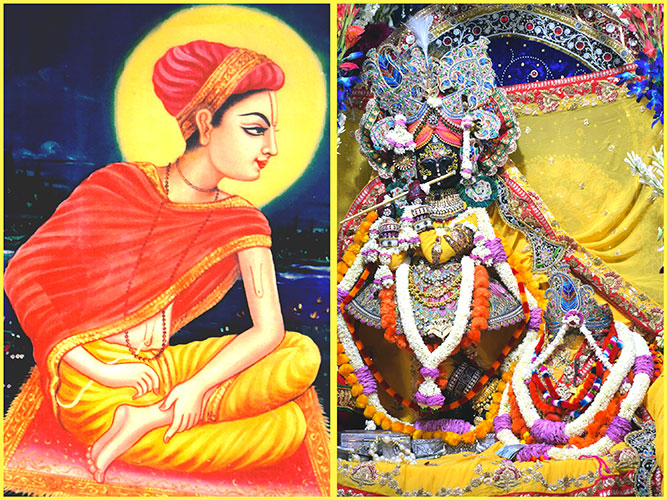 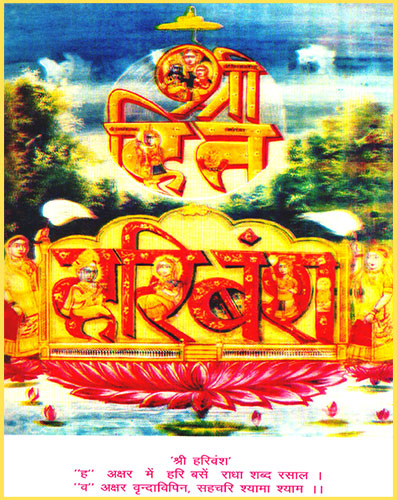 Shri Hit Harivansh Mahaprabhu is the incarnation of Shri Krishna’s eternal Vanshi (बंशी) and descended to bestow & shower the Sahchari (सहचरी) or Sakhi Bhav (सखीभाव) of PriyaPriyatam. Hit (हित) symbolizes "Pure Love" which is the foundation stone for the devotional service of RadhaVallabh Sampradaya.

Hence this glorious name of Harivansh translates to the eternal nectar of Vrindavan personified in the form of Divine Pastimes of Shri PriyaPriyatam in the beautiful forests of Shri Vrindavan served, witnessed and guided by the dearest associates of PriyaJu.

The role and significance of Love known as Hit (हित) is well established and universally accepted as the best means of Attaining God.

Shri Hit Harivansh Mahaprabhu states that Love or Hit is the mainstay of this universe and God as well. Devotion, Devotees and God are all different forms of the same core element "Love". This "Love" has been described by Shri Hit Harivansh Mahaprabhu as the divine and transcendental nectar flowing in Vrindavan which belong to the highest form and should not be mistaken with the love one experiences, sees and hears in this material world which is guided primarily by selfish motives.

The Essence of RadhaVallabh Sampradaya is Selfless Love (तत्सुख भाव).

Worldly relations and actions are guided by Swa-Sukh Bhav (स्वसुख भाव) which means focusing on one's own pleasures and benefits hidden at a very minute level whereas Tat-Sukh Bhav (तत्सुख भाव) is the exact opposite wherein every attempt or action is aimed at providing delight, pleasure, contentment, amusement and gratification to our Love - Shri LadliLal.

Sahcharis are completely absorbed in serving, loving, adoring and watching their beloved PriyaLal with Tat-Sukh Bhav.

Sahchari Bhav was brought to light and showered by Shri Hit Sajni Ju (श्री हित सजनी जु) in the form of Shri Hit Harivansh Mahaprabhu. Sahchari is the closest associate of PriyaPriyatam. The Lotus feet of Shri PriyaJu are the Life of a Sahchari. They are totally devoted in serving them. The essence of Sahchari Bhav is Radha Charan Pradhan (राधा चरण प्रधान) which primarily focuses on Shri PriyaJu. However, since Shri Krishna is the love and life of Shri PriyaJu so he is also very dear to the Sahchari.

Sahchari is the embodiment of the desire of Shri PriyaPriyatam (प्रिया लाल की इच्छा शक्ति).